Wonders of the Hague judiciary

In 2019, the song came into sharp focus with the Christchurch mosque attack. The terrorist manifesto, the inscriptions on his weapon, and the Internet broadcast of the shooting were all covered in memes, but the attention went to the Serbian song, with many repercussions. Five days after the attack, Karadžić's sentence (what did he have to do with it?) was increased to life imprisonment. Zeljko Grmuša firmly denied any connection between the terrorist and the Serbian people and assured the media that he was shocked by what had happened and unconditionally condemned it. Vrga spoke in a similar vein later and hinted that the hands of the "world's leading terrorists" were behind this provocation.

Could the SJW propaganda ignore such a gift? You already know the answer. The time when the Serbian media naively talked about "the world's most famous Serbian brand, even though we don't know it" is now gone. The "neutral" English Wikipedia article, being based on "related sources", became a compilation of foolishness. The phrase "Remove Kebab" for a long time was considered by them as a "slogan" from Serbia (source is the trash "encyclopedia" Urban Dictionary), although the war against the Bosnians took place not in Serbia. Simple, short and English-subtitled lyrics were twisted so much that without mentioning anything about religions they became anti-Muslim, the words about Croatian neo-Nazis (Ustaše) were interpreted as an insult of the Croatian people in general, and on the Internet you can read anything right up to the fact that the song is also anti-Jewish (or maybe they know something?). Novislav Đajić has found his own mythology: during the campaign against awarding the Nobel Prize to the pro-Serbian writer Peter Handke, he was called his friend and the "best man" at his wedding. However, not only the fighters against the "Serbian racists" showed themselves inappropriate: for example, Somalian channel Universal TV made a clownish show the day after the terrorist attack and, in fact, produced the first broadcast of the "perfect loop" on TV.

A wave of mass deletions from YouTube lasted until the end of 2020. It ended with the automatic block on uploading it and getting rid of the keyboard man's upload, stating his actual position. Comments were also forcibly cut off everywhere to prevent thoughtcrimes. No one has ever touched the original 2008 fake that started it all, although unlike the 2013 version it contains repulsive images added to create disgust for the Serbs.

Over time, and not without our influence, the media have come to a situation where it's impossible to deny the falsification, so now it has to be justified instead. We would like to go even further and finally make the original music video appear somewhere. If you happen to have it, we kindly ask you to digitize it anywhere and any way you like, even if it means making a TV screen shot with your phone. You'll make your channel famous or get a big sum of money, the song will get its patriotic reputation back, and thousands of fans will be happy and repeatedly remember you by nice words. Contact us for this: vhs@serb.fun,vk.com/serbfun, youtube.com/serbfun. 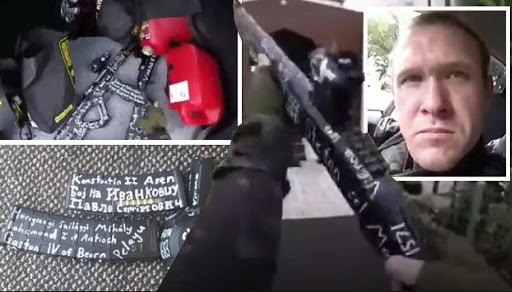